As the world’s second largest country—with the world’s most extensive coastline—Canada is made for road tripping. It’s easy to head off the beaten path in this largely uninhabited country, which is what road trips are all about. From west to east, here are the best, and most scenic, road trips you need to enjoy in the Great White North.

The Cabot Trail is undoubtedly one of the most famous road trips in Canada. There are many things to love about this 300-kilometer (186-mile) highway on Cape Breton Island in Nova Scotia. Firstly, it hugs the coastline; therefore, you can expect breathtaking sea views at every turn. Secondly, there are some incredible hikes on the island, including the Skyline Trail. Finally, the Cabot Trail is known for its artisans; Tourism Nova Scotia even places a spotlight on them in their Artisan Road Trip itinerary. With its blend of Celtic and Acadian hospitality, this road trip destination is an amazing one.

Best time to go: Summer for consistently good weather, but October to see the fall foliage. 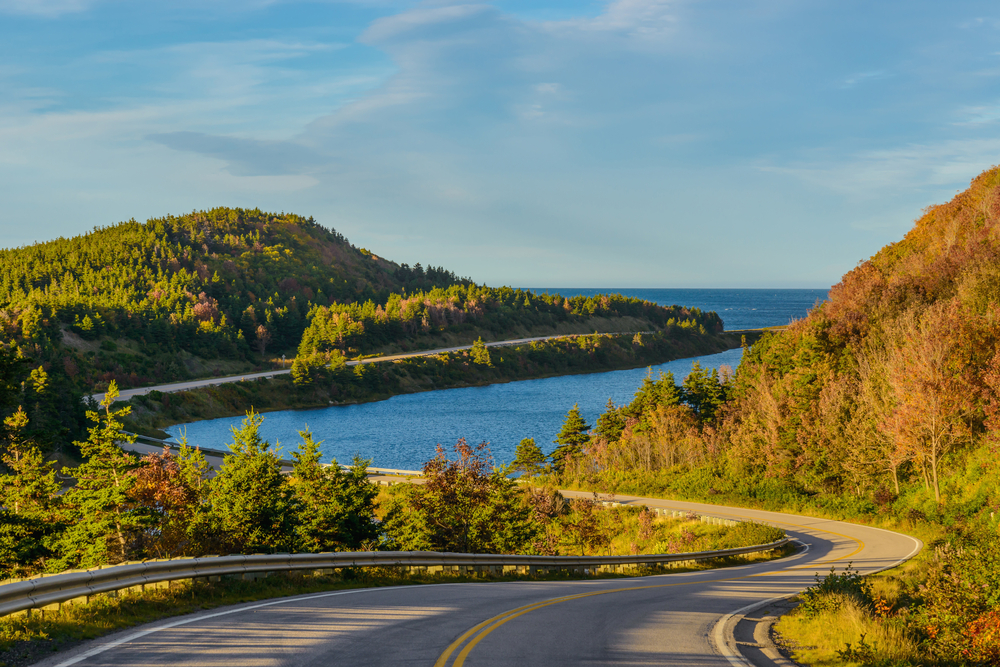 The Icefields Parkway stretches for 232 kilometers (144 miles) through the Canadian Rockies, connecting the towns of Jasper and Banff. People often describe it as one of the world’s most scenic highways, and you can expect to pull over frequently to see “100 ancient glaciers, waterfalls cascading from dramatic rock spires and turquoise lakes set in sweeping valleys.” Travel Alberta recommends stops such as Lake Louise, Crowfoot Glacier, Bow and Peyto Lakes, Columbia Icefield, and Sunwapta and Athabasca Falls. 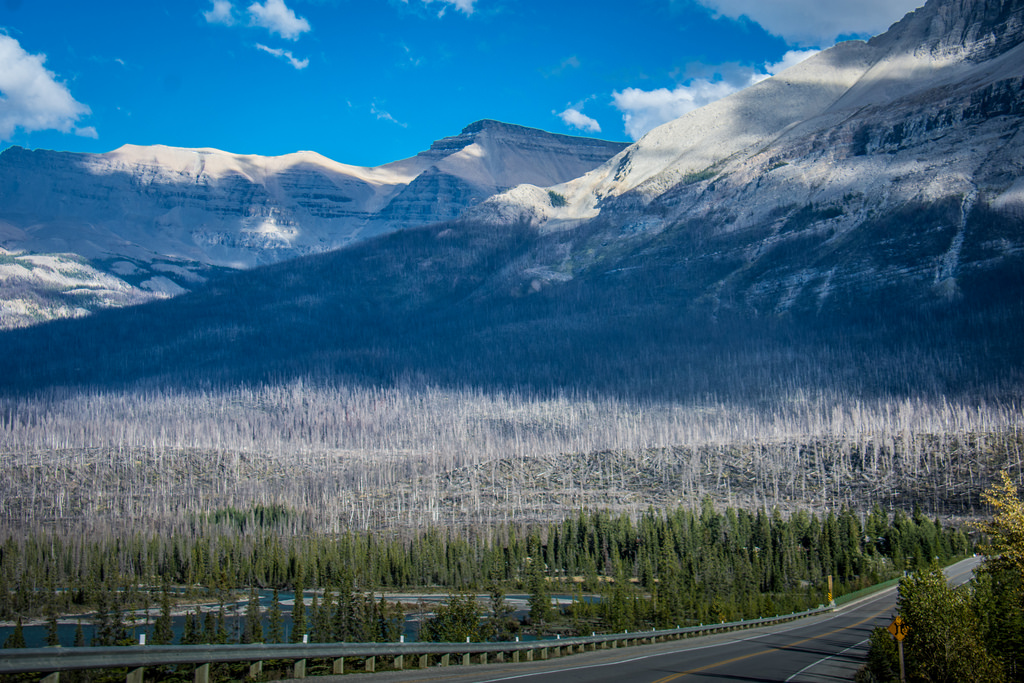 The Sea to Sky Highway links Vancouver to Whistler; they are less than two hours apart. However, it offers those beautiful West Coast views that characterize this region in British Columbia. Popular places to stop include Whytecliff Park in West Vancouver, Shannon Falls (BC’s third largest waterfall), and Britannia Mine Museum, which is great for kids. The Sea to Sky Gondola is definitely a must-visit too, with its scenic views and suspension bridge. Then you can head to Squamish before reaching Whistler. 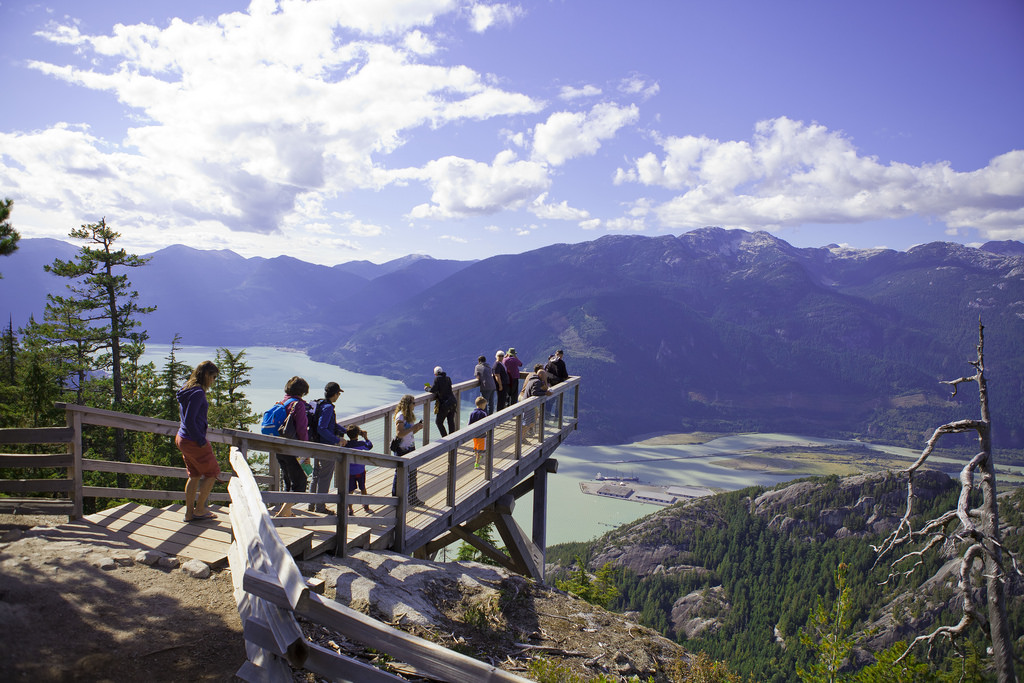 This long journey (about nine hours) takes road-trippers along the St. Lawrence River, from Montreal to Quebec City, and onward to Gaspé Peninsula. Lonely Planet says there is “nowhere quite like ‘La Gaspésie,’ a peninsula of pine forests and looming cliffs that pokes into the chilly Gulf of St. Lawrence.” Highlights in the peninsula include the famous pierced rock in Percé, boat tours to Bonaventure Island, and Parc de la Gaspésie. The road trip has a perfect combination of urban and rural adventure. 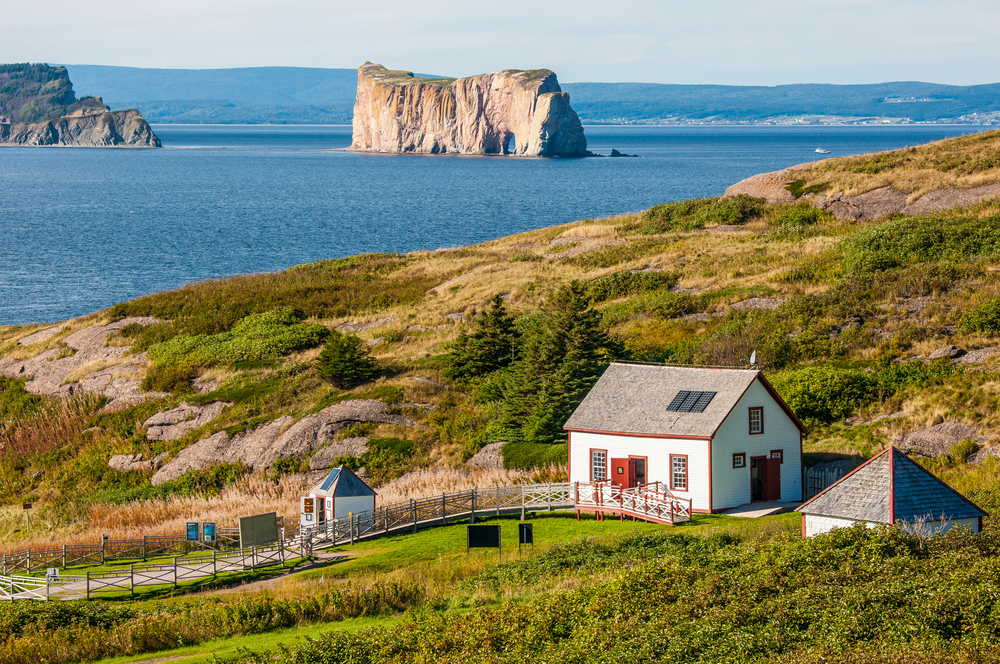 Road trip around the Okanagan Valley

This road trip may not be a traditional one—going from point A to point B—but the Okanagan Valley is a gastronomic hot spot. Circle clockwise around Okanagan Lake from Vernon to Penticton and then toward Kelowna. The region is known for its farm-to-table restaurants and award-winning wineries. RauDZ Regional Table is Kelowna’s best restaurant (or so their website states), while Davison Orchards is a great place for families. Favorite wineries include Winery and Mission Hill Winery.

Best time to go: July to September for warm temperatures. 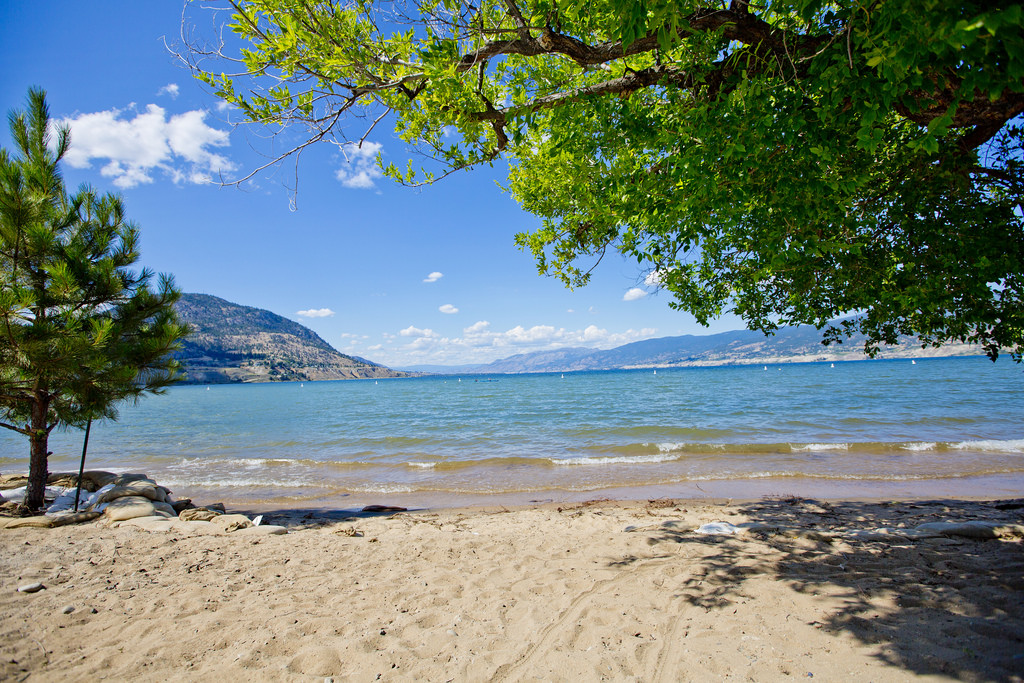 Reader’s Digest says that “though not a household name, this historic and scenic region—comprised of 23 small communities overlooking Lake Erie, Lake St. Clair, and the Thames River—is gunning hard to become a top motorcycle-touring destination.” From Toronto, “Cruise the Coast” and follow Lake Erie to Amherstburg near the United States border. Perhaps the best part of this road trip is that there is one very famous stop along the way: Niagara Falls. 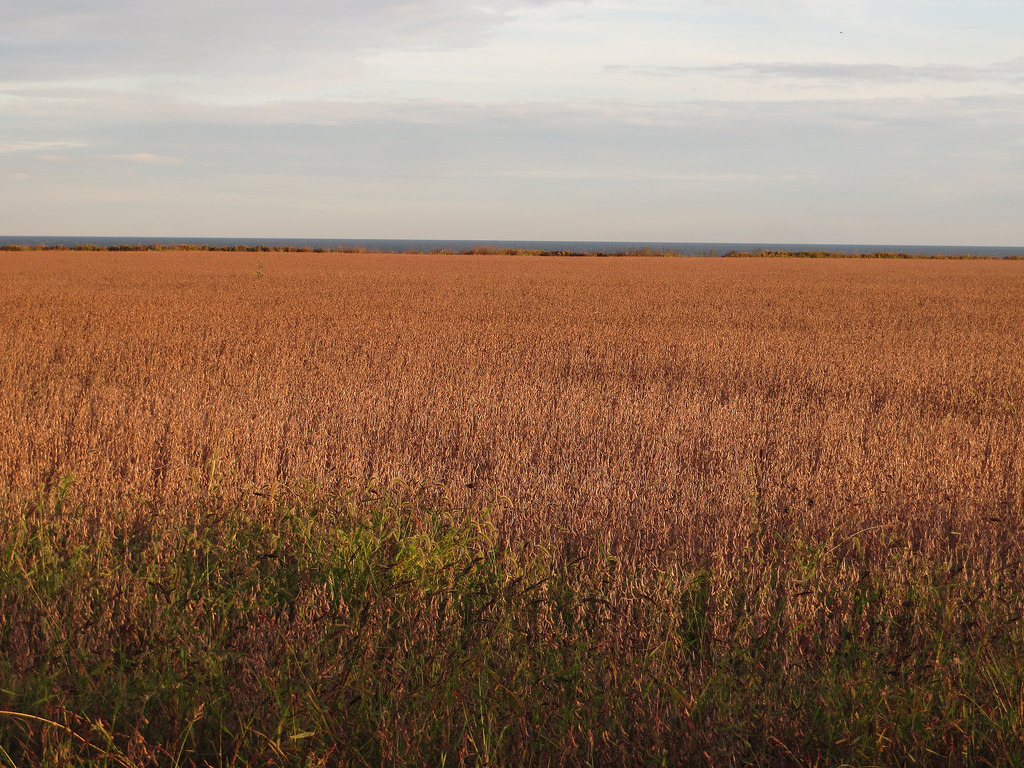 Vancouver Island is undoubtedly one of Canada’s most beautiful islands, as its landscape includes rainforests, mountains, and rugged coastlines. Two popular places to visit are Victoria and Tofino, which are quite a distance apart. On the way, stop at Cowichan Valley, which is known for its orchards and wineries, and then at Cathedral Grove for a forest photo op. In Tofino, enjoy world-famous surfing at Chesterman Beach, and sunsets from Long Beach. Vancouver Island is also known for its unique hotels, which will complement any road trip.

Best time to go: March to May and September to November. 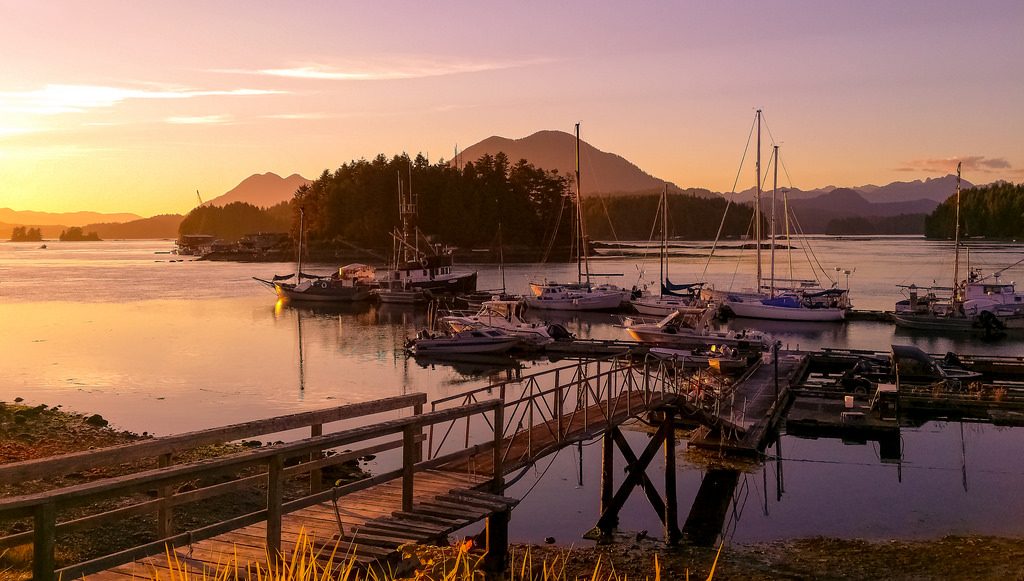 As Canada’s only all-weather road across the Arctic Circle, Travel Yukon calls the Dempster Highway—from Dawson to Inuvik in the Northwest Territories—one of the world’s unique driving routes. It’s extremely isolated, with only one accommodation option along the way in Eagle Plains, but the landscape is unrivaled. Cross the Arctic Circle and visit Tombstone Park, and then take two river ferries into the Northwest Territories. Time your arrival in Inuvik with the Great Northern Arts Festival, held annually in mid-July.

The Trans-Canada Highway is the most epic road trip you can take in Canada. It stretches across the country through all 10 provinces. Starting in Victoria, it ends in St. John’s in Newfoundland and Labrador. Some of the (many) highlights awaiting road-trippers include Vancouver and its many attractions, Lake Louise and Banff National Park in the Canadian Rockies, the Alberta Badlands, the capital in Ottawa, Quebec City, Fundy National Park, and Gros Morne National Park.

Best time to go: March to October for optimal weather coast to coast. 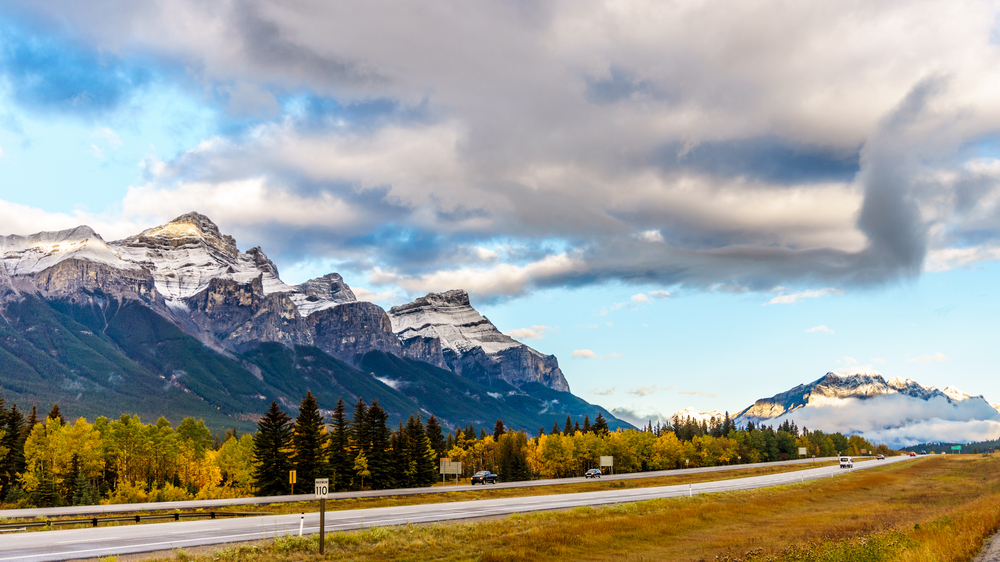 The Trans-Canada Highway through the Rockies | © Harry Beugelink / Shutterstock

Located in Ontario, Georgian Bay includes more than 30,000 islands and 2,000 kilometers (1,243 miles) of shoreline. The Coastal Route, which loops around the Bay from Toronto, features some of Canada’s most unique scenery. Some of the best things visitors can do include visiting Bruce Peninsula and its Grotto, Parry Sound (the jewel in the Bay’s crown), and Killarney Provincial Park. And then it’s time to head toward Manitoulin Island and Wasaga Beach, which is the world’s largest freshwater island and the world’s largest freshwater beach respectively.

Best time to go: Summer, as many attractions close in the winter. 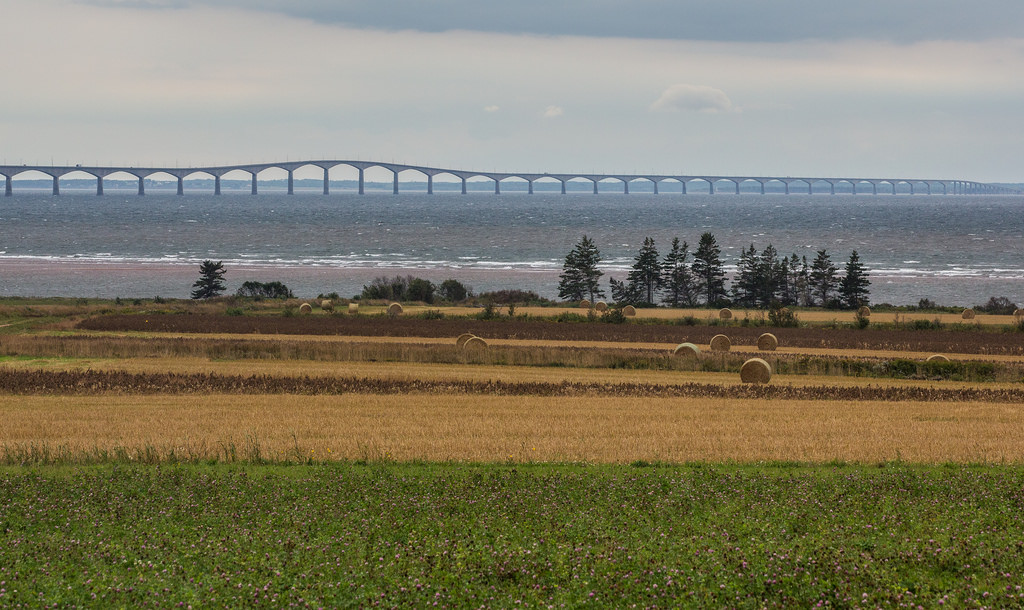 “A car cruising the Viking Trail is really a time machine that takes you to the beginnings of our planet, ancient native burial grounds, and the thousand-year-old Viking settlement at L’Anse aux Meadows National Historic Site.” Hugging the coast in Newfoundland and Labrador, start your journey in Deer Lake. Stop in the UNESCO World Heritage Site, Gros Morne National Park, and then head to Woody Point, a picturesque fishing village, and Rocky Harbour. L’Anse aux Meadows National Historic Site is, of course, a must-visit attraction along the Viking Trail.

Best time to go: L’Anse aux Meadows is only open from June until the first week in October.